Home › Destinations › 911 Memorial – A Must Visit in New York City

911 Memorial – A Must Visit in New York City

This is a photo of Manhattan taken only minutes before the first plane crashed into the North Tower of the World Trade Center on September 11, 2001 and changed the world forever. Nobody who lived in North America will ever forget exactly what they were doing when they first heard the news. Unlike other tragic events that we cannot help but recall like the assassinations of JFK, RFK, Martin Luther King and for me, John Lennon, 911 was different. Those other events were faits accompli when we learned of them. In the case of 911 the plane crashes were only the beginning. Watching the towers burning and the horrible sight of people jumping to their deaths in real time, nobody could really comprehend the the buildings could actually collapse. When they did, you knew instantly that things would never be the same again. They weren’t, but for all the tragedy and loss of life there are stories of regeneration, hope and heroism. By visiting the 911 Memorial and Museum you will learn those stories and much more and hopefully come away able to better cope with the searing memories of that day that continue to haunt us all.

The 911 Memorial and Museum

From almost the moment the towers collapsed there was a common resolve not only to rebuild the World Trade Center, but also to create a suitable memorial to the almost 3,000 people who died on that day. Considered sacred ground the reconstruction would take place at a nearby site and the original footprints of the two towers be preserved, which they have been as memorial fountains with the names of all those killed in the 911 attacks as well as the six killed in the 1993 bombing.

This is a section bearing the names of some of those killed at the Pentagon. 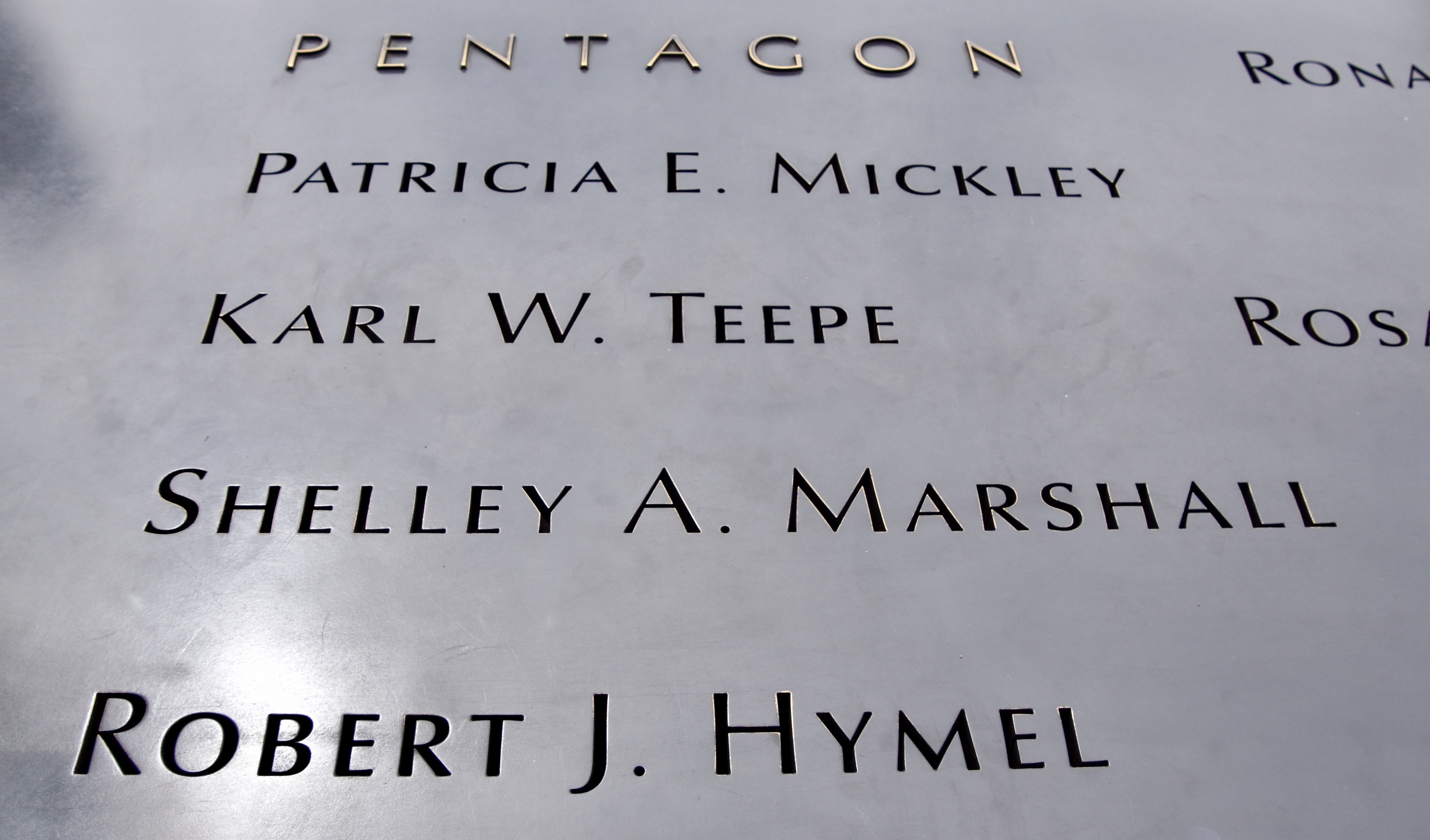 This is an aerial view of the site giving a better idea of the overall plan of the memorial.

The memorial fountains were opened on the tenth anniversary of the attack on September 11, 2011.

An additional part of the memorial is the 911 Museum which opened in May 2014 and for most visitors will constitute most of the time they spend on site. I don’t think it matters much if you visit the museum before or after visiting the fountains, but make sure to take in both.

The best tip I can give the reader is to buy your tickets on line and spend the extra $20.00 for a guided tour. Here is the link to buy tickets. If you arrive without prepaid tickets you could easily wait in line for up to an hour to get in.

The guided tours are one hour long and take in most, but not all of the things you might want to see in the museum. Expect to spend at least two hours all told in the museum and more at the 911 Memorial fountains. If you actually took in everything there is to see, you could be here all day. But be forewarned, visiting the 911 Memorial and Museum is a very emotionally draining experience, especially if you have you own memories of the towers collapsing. Also, expect at some point to become angry if not enraged by what those fanatics did to so many innocent people. Ultimately, visiting the 911 Memorial should be a cathartic experience for most, but cartharsis comes at an emotional cost.

After going through security which is similar to that at airports, you are free to explore the upper portion of the museum before joining the guided tour. Here you will find the flags of the 90 nations who had citizens killed on 911, including 24 from my country, Canada. This was not just an attack on the United States, it was an attack on modern civilization.

The majority of the exhibits at the 911 Museum are found well below street level. You take a long escalator down to this level and the guided tours start every 30 minutes from here. Each tour group is limited in number and you are provided with a headset which allows you to hear the guide without having to be right next to him/her. This was our guide Julien who was only a child on 911, but was a font of information about the events of that day.

I’m not sure if the guided tours always follow the same route so I’ll not try to document the rest of this post in chronological order, but rather by emphasizing what were, to me, the most important exhibits.

Here is a photo of one of the World Trade Center towers with the trident girders that once stood at the entrance to the towers and for many were the signature architectural effect of the buildings that were otherwise quite monolithic in form.

This is all that is left of them today.

The genius of the design of the 911 Memorial is that on the surface the outlines of the towers are preserved by the memorial fountains, while in the museum you actually go under those same fountains to the site of the foundations of the two buildings. This is a portion of the base of the North Tower.

Ordinarily a set of concrete stairs would be as interesting as watching paint dry, but these are no ordinary stairs. They were not in either of the towers, but provided an avenue of escape for hundreds if not thousands of people fleeing the north tower and adjacent buildings.

This is an elevator motor from one of the dozens of elevators in the two towers. It is horrific to think that many of the people who died in the collapses were stuck in elevators with no idea of what was happening outside. Julien did relay an amazing story of a window washer who was trapped inside one elevator. After prying open the door he used his window washing tools to break through three layers of gyprock and then tile to emerge in a washroom and escape five minutes before the building came down. Why no one has made a movie about this is beyond me.

This is a portion of the antenna that once stood atop the North Tower.

This is Ladder Truck 3. Eleven firemen from this company were lost in the North Tower. An incredible 343 firefighters died on 911, dwarfing any previous single event catastrophes.

The largest room in the museum is Foundation Hall with the Last Column at its centre.

The Last Column is 36 feet high and is covered with inscriptions, missing posters and mementos put there by first responders.

The twin towers were excavated to a depth well below the water line of the nearby Hudson River. This slurry wall was part of the engineering plan to make sure that the water of the river could not penetrate the buildings lower levels. If this wall had burst when the tower collapsed it could have resulted in the flooding of the New York subway system which would have made the disaster much worse. Thank God it didn’t.

This is about the only exhibit that made me feel good in my entire visit to the 911 Memorial and Museum. Its a jacket worn by one of the Navy Seal team members who killed Osama Bin Laden in Pakistan on May 2, 2011.

This is perhaps the most memorable image from the 911 Memorial. It is a quote from Virgil’s epic poem The Aeneid and each letter was forged by artist Tom Joyce from remnants of steel from the twin towers. Surrounding it are 2,983 blue tiles, everyone a slightly different shade. This description from the 911 Memorial website says it better than I can,

Every one of the 2,983 watercolor squares is its own shade of blue – one for each of the 2001 and 1993 attack victims – and the artwork as a whole revolves around the idea of memory. Our own perception of the color blue might not be the same as that of another person. But, just like our perception of color, our memories share a common point of reference.

You are not allowed to take photos in this room so I found this on the web. It is Barack Obama and Hilary Clinton with their spouses at the dedication of the Memorial Exhibition in 2014.

This is an example of what comes up on the interactive monitors if you press on a photo. Frankly, after viewing a few of these I could not go on. The combination of grief and anger was simply overwhelming.

I didn’t visit the Historical Exhibition or a number of other exhibits. That will be for another day. This day the memories of those who died on 911 will be seared in my mind forever.

I’ve written many posts on this website about visits to WWI and WWII places where my forebears fought and in some cases, died. They take an immense emotional toll, but are at the same time, absolutely necessary to an understanding of the sacrifices these people made so we could live the life we do today. Those who died on 911 had no idea they were at the forefront of another war, but their sacrificed lives are just as important to remember as those who died in battle. That is why you must visit the 911 Memorial at least once in your life.

I wrote this post well before the pandemic that has made visiting New York City next to impossible for Canadians. It has had a catastrophic effect on the tourism industry there with the closure of many hotels including the massive Times Square Hilton and one of my personal favourites in the Big Apple, The Quin which was once one the coolest places to stay in any city. News of a vaccine is on the horizon and I can only hope that I will get back to one of the world’s great cities. and stay at another great hotel The Iroquois which is slated to reopen in the near future.