In the last post, our group took a pause from visiting war related sites and were over awed by the splendour of Amiens Cathedral, considered by many to be the exemplar of the Gothic architectural style. Liberation Tour 2015 has now arrived in The Somme district of France and for the next few days we will explore WWI related sites including Beaumont Hamel, Vimy Ridge and Paschaendale as we make our way north along what was the Western Front. We will start with a visit to Lochnagar Crater.

Technically this is a revisit for me as I first toured these sites with my grandfather, William C. Dunlop over fifty years ago. As a young boy I came back from that trip with memories that have never left me. Some were good, like the fact that there’s more than one kind of cheese and others less so. At age thirteen you are just beginning to realize that you are not immortal and death is the inevitable exit, but knowing that life is precious makes you want to savour it all the more. The jarring sight of the graves of thousands upon thousands of young men who never got the chance to experience life left a lasting impression that made me want to learn more about this war and try to understand its meaning and purpose.

I can say definitively for me, after fifty years of studying WWI, there was no meaning and no purpose. It was the single most stupid event in recorded history that I know of.

That being said, I do have some opinions about the war that others might disagree with. On our first day of the Liberation Tour 2015 in the St. Clement restaurant under the shadow of the Arc de Triumph on the Champs Elysees, tour historian Phil Craig, made an emphatic statement that Germany caused WWI. I never asked him if he was stating this as part of the role he was playing or if it was his real belief, but it is mine. In this day and age of refusal to take responsibility for anything, it is fashionable to think that all the major powers were equally at fault for starting WWI. This is BS.

Germany, first as Prussia had engaged in a series of aggressions with Denmark and Austria, and then as a unified Germany with France in 1870. These wars had all been short and astoundingly successful. Germany wanted to be recognized as a power on the equal with France, Russia and particularly Britain. It was Germany that launched a naval building program that was aimed directly at Britain’s hegemony on the seas. It was Germany that yearned for ‘the respect’ that it believed it was not getting and no one resented that more than Kaiser Wilhelm II  whose bellicosity led to one confrontation after another until the powder keg exploded in August, 1914.

If one were to put Kaiser Bill’s desire for war into a fictional character it would be Professor Kantorek’s speech in the brilliant anti-war movie All Quiet on the Western Front. Unfortunately I couldn’t find a clip of the movie with the speech, but here is Professor Kantorek and his call to arms. This movie was made in 1930, but tell me it doesn’t remind you of another German fanatic on the rise in Germany at the same time. 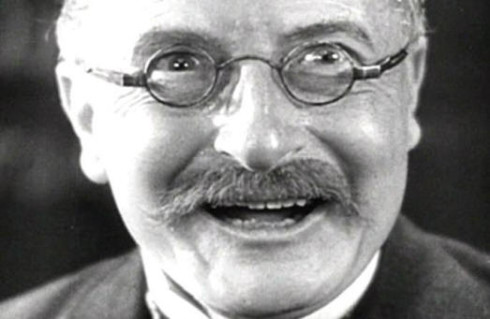 Once Germany was in the war they became known for a number of dubious firsts including, the violation of Belgian neutrality, the use of gas, unrestricted submarine warfare on neutral shipping and aerial bombardment of civilian targets. I have no soft spot for German apologists; they reaped what they sowed.

So we are headed northeast from Amiens headed toward the Western Front which brings up the question” What exactly was the Western Front?” Good question, even if I have asked it myself. When the Germans attacked France by way of a surprise route through neutral Belgium in August, 1914 they hoped to catch the French and British off guard and quickly capture Paris and end the war as easily as they had done in 1870, and they damned near succeeded. In what has been known as the Miracle of the Marne the French and British managed to stop the German advance and push them back. Both sides raced to secure the most advantageous spot on the English Channel which ended up being halfway along the Belgian coast. From here both sides dug in along a front that stretched all the way to Switzerland. Here is a map of the Western Front. The grey areas represent the places where the fighting actually took place. It really is not a very big area in terms of the insane number of casualties that took place here in just over four years. Estimates vary between 7 and 8 million dead, wounded or missing. That’s greater than the entire population of Canada at the time. In terms of the discrepancy in numbers, you might ask, “How could you lose track of up to a million men? What happened to them?” We are about to find out, starting at Lochnagar Crater.

We pass through the town of Albert where we see the famous statue of the Golden Virgin atop the town’s basilica.

This statue was the subject of one of the most famous stories of WWI. After the basilica was heavily bombed in January, 1915 the statue toppled, but did not fall (something like Saddam Hussein’s statue in Baghdad).

The legend grew up that when the statue did fall the war would soon end and incredibly it remained in place until the spring of 1918 when the British took it down so the Germans couldn’t use it as an observation post. The war ended six months later.

Shortly after passing through Albert we come to our first WWI site at Lochnagar Crater. I can’t help but notice this sign near the entrance. I ask Phil about it and he advises that the entire Somme area is replete with undiscovered tunnels, unexploded ordnance and other dangerous artifacts from the war that keeps on giving, over 100 years later.

Lochnagar Crater itself was the product of a colossal underground mine built by the Allies to mark the start of the Somme offensive in 1916. The idea was to tunnel up to and under the enemy trenches and blow the shit out of them to kick off a huge infantry assault. Apparently this was the largest deliberate man-made non-nuclear explosion in history. Of course we all know the largest explosion was the unintentional Halifax explosion of 1917 which destroyed my home city. In any event, it’s a hell of a hole.

From the rim of the crater I can barely see the Golden Virgin in the far distance.

Phil then describes the beginning of the Battle of the Somme which was to result in more than a million casualties over the course of a few months with little or no gain to either side. He explains that 20,000 young men and boys died in the fields surrounding Lochnagar Crater. Many were comrades thanks to the Pals battalion system which encouraged whole blocks, schools or factories to enlist and fight together and in the case here, die together. Many did not die at once, but lay wounded in No Man’s Land where they screamed in pain or wept in sorrow for their shattered dying bodies as their mates tried to cover their ears back in the safety of the trenches. There was no glory at The Somme, only ignominious death.

Sorry to end this post on such a note, but I can’t think of anything uplifting to write. I’m afraid things are not going to get any better as our next stop is at Beaumont Hamel, the scene of Newfoundland’s darkest hour.